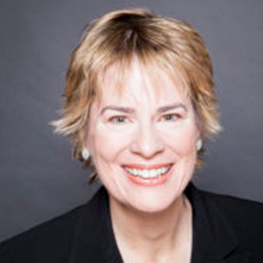 Elaine Lung has been with Toastmasters for over two decades since joining the Xilinx Xpressionists in September of 1999. Given her tenure with Toastmasters, one may presume that Elaine has always had a strong passion for public speaking and presenting. However, this is not the case. Elaine began her journey hesitantly. For much of her childhood, adolescence, and adulthood, Elaine described herself as someone who was comfortable with letting others speak on her behalf. Today, Elaine is the owner of her self-founded business, Elaine Lung & Associates, which centers on enhancing speaking skills for business professionals. She is also a certified speaking coach, President of her own Toastmasters club, Silicon Valley ImprovMasters, and a recent winner of the District 101 Speech Evaluation Contest. How did Elaine transform from a fearful fly-on-the-wall to a businesswoman with a career centered around public speaking? Read on:

Prior to joining Toastmasters, what was your experience with public speaking like?

I grew up in the Midwest (Ohio) in the 70s and 80s in a household with two outspoken brothers, where speaking up was never fully encouraged nor expected of me. Women were just beginning to rise in the workplace, and speaking up as a woman was more challenging. I felt comfortable not speaking up in social situations. Despite my shyness, I was a good student and always had plenty of stories and ideas brewing in my mind. In school, I excelled at reading and writing, which refined my skills as a storyteller.

When I entered high school, I took a leap of faith and decided to participate in a high school speech contest. Entering the contest, I did not understand how the judging panel would be evaluating me. Per contest rules, the judges were to remain impassive during all participants’ speeches. Since I did not realize this rule, I panicked increasingly as I spoke and was met with a stoic audience. I fumbled through my speech, making several mistakes along the way. After I finished speaking, I walked out of the room with my shoulders slumped. As I left, feeling ashamed, I made eye contact with one of the judges. The judge gave me a shocked look, as if she could not fathom how I could have failed so miserably. That look stayed with me for 20 years. For two decades, sentiments of not feeling “good enough” stayed with me. In my mind, I constantly reinforced the thought that what I had to say was not important enough. I stayed quiet through school, college, and my initial years in the workforce. I kept my head down and worked hard, but I increasingly saw how my social anxieties were holding me back in advancing my personal life and career.

When did your Toastmasters journey begin?

After 7 years of working as a CAD engineer at Xicor, I transitioned to a new management role at Xilinx in 1999. As an engineer, I was able to stay quiet, as long as I worked diligently. When I joined Xilinx, I found my role to be quite different and realized that I needed to make a change. One day, coworkers mentioned that Xilinx had its own Toastmasters club. I was anxious to attend a meeting; even the prospect of observing other speakers and not participating myself seemed overwhelming. With my coworkers’ encouragement and mutual participation, I attended my first Xilinx Xpressionists meeting.

What were your initial experiences with Toastmasters?

When I started attending Xilinx Xpressionists meetings, I initially hid in the back of the room. Despite my hesitations, I found the club members to be very inviting and warm. Soon, the Vice President of Membership helped me complete my membership application. During my first meeting as a member, I was called on for table topics. I don’t recall anything from that experience because my mind blacked out. However, that initial experience of others caring about what I had to say was the beginning of a new, transformative journey.

After joining Xilinx Xpressionists, you worked your way up to leadership roles in various Toastmasters clubs. Can you elaborate on this journey?

At Xilinx, I received great support from my company with regards to my public speaking journey. The club officers created an environment within which I felt safe. About 6 months after joining Xilinx Xpressionists, I was approached by the club Vice President of Education who asked me to run for his role in the next club election. I became the Vice President of Education, followed by Secretary, culminating with President. Eventually, I left Xilinx and became involved with district leadership. With the help of friends, I went on to found three Bay Area Toastmasters clubs in succession:  Silicon Valley Storytellers, San Mateo Storytellers, and Silicon Valley ImprovMasters. The people in these clubs truly enabled my success. I experienced firsthand the power of networking, and I found that Toastmasters is as much a networking group as a self-improvement group.

You currently serve as President of Silicon Valley ImprovMasters, which you founded in 2015. Can you talk about how your club differs from a standard Toastmasters club?

Our club focuses on honing the improv mindset. Through this club, I have gained more confidence with speaking on the fly as well as listening attentively to ask educated questions after speaker presentations. Life is without a script. Improving your improvisational skills will not only help you become a better speaker, but will also help you move through life more effectively.

Of all the speeches you have now delivered, which one of yours is a personal favorite?

One speech that stands out to me is a story about forgiveness. In my speech, I reminisced about a time I had paid for an expensive dinner that I had been looking forward to eating all day. I had just sat down to eat when the doorbell rang. After opening the door, I returned to the dinner table to find that my delicious meal had disappeared! My brother’s dog, Petey, had eaten my dinner! In the moment, I was furious with Petey. The speech traced my journey of coming to terms with my lost meal and forgiving Petey.

I woke up one morning to demo the speech at a 7 AM Toastmasters meeting at a new club 50 miles away. During my speech, an audience member started crying. She later told me that my experience with Petey reminded her of the journey of forgiveness she was seeking in her relationship with her son. In that moment, I realized that not every person in the audience would hear the same thing when I told a story. My 50-mile, early-morning trek had been worth it. I went on to tell that speech to other audiences. Another individual approached me one year after I had delivered the speech at a different event to describe how the story had resonated with her. These experiences were very memorable to me!

Do you have any final words of advice for our members?

For anyone who grew up letting someone else do the talking for them, or for anyone who has felt too shy to speak up, it is never too late to become the person you have always wanted to be. Toastmasters can help you along your journey.