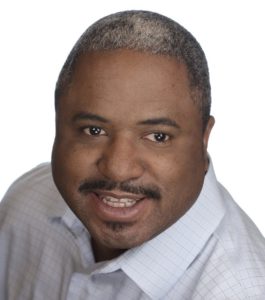 During this challenging time, clubs have faced issues with attracting and retaining members. Prior to the pandemic, Adobe Fontificators Toastmasters Club had great success with drawing 100 guests to its club open house. Since going virtual, the club has continued to engage guests. I spoke with Michael Leadon, President of Adobe Fontificators Toastmasters Club and former open house chair, to gain a better understanding of the event and the club’s strategies for guest/member retention.

Today, Michael is a highly experienced speaker; however, his public speaking journey began like many of ours. Michael joined the club four years ago to better his speaking skills. He was fearful of speaking, often shaking in public situations. However, as a Technical Architect, Michael interacted with customers regularly and needed to instill confidence in them about his work. Noting that any company leader has to be comfortable with public speaking, Michael wanted to face his fears. After walking by a Toastmasters banner in his office for seven years, Michael finally joined the club.

Today, as club president, Michael is actively involved in the club’s health. To advertise for the open house, the club posted in Adobe’s company-specific, weekly e-mail distribution list, “Insider,” the company calendar, and digital elevator screens for two weeks. Club members also posted flyers throughout the office building – on every floor, breakroom, and parking level elevator board (~70!). The club also developed a strong marketing strategy. The open house was held during the second week of the year to catch new year resolution momentum, free food was advertised, and flyer titles were five words or less (e.g. “Speak with Confidence” or “Become a Better Speaker”). Specifically, flyers were designed for people unfamiliar with Toastmasters. This approach attracted individuals interested in public speaking and individuals looking for help with English.

The open house ran like a regular Toastmasters meeting; however, one speaker gave a 5-7-minute explanation of the Toastmasters experience. The club members ensured that the roles reflected a commitment to diversity (e.g. different genders, ethnicities, level of speaking experience, etc.). Attendees were given handouts explaining the meeting roles and agenda and instructed to populate a sign-in sheet.

To retain new guests after the open house, club officers followed up with attendees via email within two days. Individuals who responded to the email were added to the club’s weekly meeting calendar invite. For the two club meetings after the open house, officers ensured that all speech roles were filled ahead of time and assigned the Toastmaster role to more experienced members. These strategies helped new guests feel more comfortable at the meetings. 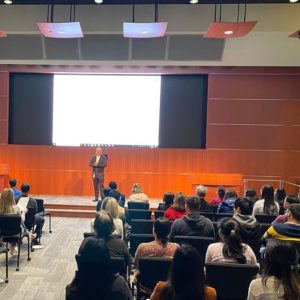 Since switching to the virtual environment, Adobe Fontificators Toastmasters Club uses various tools to keep its members and guests engaged. The club uses a Toastmasters meeting management tool called easy-Speak to organize weekly meeting agendas, track members’ speaking paths, and allow meeting attendees to sign up for roles. Each week, the Toastmaster sends an email to the club’s distribution list with club updates. The Toastmaster is also responsible for ensuring all roles are filled for the week via Slack messaging, choosing volunteers at the end of the preceding meeting, emailing members on a 1:1 basis, or selecting individuals at the beginning of a meeting (if roles are still not filled). The club ensures that at least the Toastmaster is selected at the end of every meeting, such that there is some accountability for filling roles each week. To further encourage role sign up, the club provides cards with scripts for each role. The cards make it easy for even first-time attendees to fill roles. To re-engage members during shelter-in-place, Michael also presented a speech about tips for virtual presentations.

Overall, the club is cognizant that people are facing increased challenges during this time, such as Zoom fatigue, family priorities, and Covid-19. Thus, rather than repeatedly sending meeting invites to overwhelmed people, the club prioritizes sending cheerful club updates and keeping meetings fun to spread positivity.

If you are interested in learning more about Adobe Fontificators Toastmasters Club or attending a virtual meeting, please visit adobe.easy-speak.org. You can also contact the club President, Michael Leadon at mleadon@yahoo.com, or VPPR, Jennifer Trinh-Nguyen at trinhngu@adobe.com.