Toastmasters Where Leaders are Made.

Where Leaders Are Made is our tagline.

Allow me to share a secret with you: That tagline did not resonate for some members when it was first presented about ten years ago. That includes me. Some members wondered “just where were these leaders being made in Toastmasters. Was it in a factory in Southern California?”

Maybe it was a case of taking a tagline a bit too literally. More on that in a bit. Did you know that our founder, Ralph Smedley’s, original intention in creating Toastmasters was to bring new leaders to the world stage? He knew that humanity could use more able-minded leaders and that was the vehicle to help towards achieving this. Unfortunately, many people don’t reach for this goal. Some people may not even recognize the fact that they are leading, even when they think they’re not.

As an example, let’s look at the roles in a Toastmasters meeting. Each role on the agenda is an
opportunity to work on a leadership skill on the path towards becoming a better leader. For
instance, consider the AH Counter. That person is responsible to share accurate information
with each member who spoke with any filler words she may have used that undermined her
message. Initially, it can be intimidating for that person to share this information. It’s so much
easier to gloss over the details, rather than to be specific. But being able to honestly share that
information benefits the member receiving those details and instills confidence in both the
person who learns to shares it, as well as the person who receives it. Now consider the listening
aspect of that AH Counter. Listening is a hallmark of great leadership.

Each role in Toastmasters gives one the opportunity to learn and grow, not just as a speaker,
but as a leader. Brilliant!

We hear people tell us we should step up to leadership in Toastmasters. Take on an officer’s role. Or maybe district leadership. Each year thousands of books on leadership are published, so there must be many who are interested.

We look at how something is being handled and we think we may know a better way to take care of that issue in Toastmasters, work, and home. Yet the fact remains that most of us would prefer to not speak up, to be a leader.

While there are several reasons a person may have, let’s just focus in on two:

no experience in leadership and lack of confidence in being a leader.

People are waiting for leadership training before stepping in and leading the charge in their
area. While there are literally thousands of books and tapes on leadership, one thing is true:
you must still lead in order to get that experience so that you can truly learn. In other words,
most of leadership is learning as you go along. You need that hands-on experience to figure out
what to do correctly and what not to do. You need it to grow and to help those that you lead
grow.

Allowing a lack of experience to stop you from trying something new is placing a limit on your
capacity to grow further.

Mistakes will be made. Accept that as a fact and as a wonderful learning opportunity. Yes, it
may feel uncomfortable. Yes, you probably won’t like it – initially. The fact is that all growth
feels a bit awkward and uncomfortable. We’re all familiar with the phrase growing pains. It
sometime applies here, too. It’s upon reflection that we can see how we could approach a
situation differently. And we grow in that instance.

Therein lies the secret sauce of how to go from being a good leader to becoming a great leader:
embrace the discomfort. Allow it to be fodder for your growth, not a blow to your ego, and you
will expand who you are to yourself and others. Honestly assess those mistakes and what you
could have done instead, then learn from them. If you retain the lesson, you’ll continue to
grow.

Emerson said, “Do the thing and you will have the power.” The ‘thing’ is stepping up to
leadership. The ‘power’ is within yourself, not over other people.

And that takes us to the other reason:

Lack of confidence
Hang in there. That’s another one that comes in time by stepping forward and becoming a
leader.

Initially, it’s easy to doubt yourself. You’ll receive all sorts of messages from many different
directions, all well-meaning, though contrary to what you were thinking. It can make even the
lion-hearted have self-doubt. Listen to the thoughts others wish to share, but then take it upon
yourself to do what you think is the correct thing to do. As you grow into your membership
role, continue to listen, but do not second-guess yourself. Instead, trust in yourself and the
wisdom within you.

Over time, your decisions will build your confidence and courage to make decisions that will
make a difference to the people you serve and to you.

The end-result? That confidence you’ve built by stepping up in Leadership translates outside of
Toastmasters incredibly well. Many people have started businesses or changed careers as a
result. Others have found their voice in other creative ways on a personal basis. Taking on
leadership positively contributes to one’s sense of self-worth.

That leader deep within has blossomed within you, all because you didn’t let a lack of
experience or confidence stop you from becoming all that you could be.

That’s the great thing about taking leadership on in Toastmasters: It’s an incredible opportunity
to learn and grow. And it’s safe. Just remember: Toastmasters is truly a Learning Lab.
Now back to that tagline: OK, I think that those of us who weren’t 100% convinced understand
it better. But truth be told, if I had my druthers, I’d say it’s Where Leaders Emerge. ͧͨͩͪ 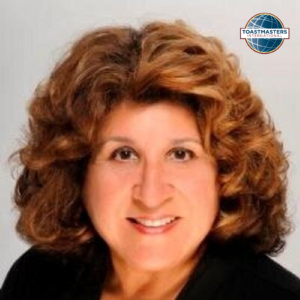