Writing From the Heart

Writing From the Heart

Fellow toastmasters, why are you here, listening to this recording right now? Why did you even join this organization, Toastmasters? Most of us want to be better at speaking in public. But once you get over the fear and your knees stop knocking, why do we stay? I believe it’s because we know that there is something wanting to emerge from our heart.

This “something” is different for everyone. What is it for you? February is national heart month, selected likely around the timing of Valentine’s Day. It is primarily directed toward cardiovascular issues, as CVD is the number one killer globally. Diet, stress – all sorts of things contribute to this.

But I believe – and there is plenty of science to back it up – the real reason heart disease is so prevalent in the world is because we are not making the connection between heart and brain. We are living largely from logic, and ignoring what feels right, what we want to do.  I believe as a society we are going the wrong way.  Joseph Jaworski once said:

Jaworski’s words jolted a memory from many moons ago, hitting me suddenly.

It was a beautiful morning. The seas were calm and the winds were light. We had all our provisions; we’d gone through the checklist, and had everything packed and secured. We were prepared to sail back from Hawaii back to San Francisco Bay. The shortest distance between two points may be a straight line, but when sailing you don’t always have that option. In order to sail to Bay Area from Hawaii you generally head north until the 38th parallel, turn clockwise 90° for what’s known as the sled ride home.

Those first 10 days brought perfect weather. Steady wind from the west, light seas, and steady swells. The abundant wildlife that accompanied us including dolphins and whales seemed as curious about us as we were them. The albatross used the ground effect over the swells, never flapping their wings and seemingly hovering magically for hours.

The life force – that energetic field of support – from the deep crystal-clear blue ocean below to the billions of stars that cannot be seen from land above – was not only palpable, but brought great humility. Other than the vessel we were on with all our belongings, there were no signs of human culture. And it hit me. We were going the wrong way. And I don’t mean navigating in the wrong direction.

I grabbed my husband by the collar of his foul-weather jacket. Shaking him – I begged – let’s not do this. We are going the wrong way. Let’s turn around. Let’s stay out, continue to live this adventurous life. A different life outside the societal norm. But our savings were depleted, and we didn’t have a plan.

So back we went with the intention to start a family and a business. Twenty-five years have since passed, and I am still convinced we are going the wrong way. The regrets of the dying are not things like wishing they’d worked harder, or, worked more hours or went to graduate school. They are more heartfelt. Such as wishing they took more chances in life, wishing they mustered up the courage to do what felt right. Wishing they had not been so serious and took time to enjoy friends and family more often.

Bad news first: time flies. But the good news is you’re the pilot, which means you have opportunities to course-correct. There is no better time than now. We understand that the core of every good speech is a good message, and good writing. When sitting down to write – to craft a speech from a raw idea – it’s often from a rational perspective, from the level of the mind.

A good message can certainly come from here, but a great message comes from the heart. A great message comes not from our thoughts, but from our feelings, our intuition, and curiosity. This is what moves your audience. Writing – and living – from this perspective is inspiring and brings possibility.

As we enter the Year of the Tiger, in National Heart Health Month, and as you contemplate your next speech, try to drop down from your mind into your heart and ask what it wants you to know. And who knows? Making this shift from head to heart may not only help in better speech writing, but also may impact the decisions you make, and the physical health of your heart. 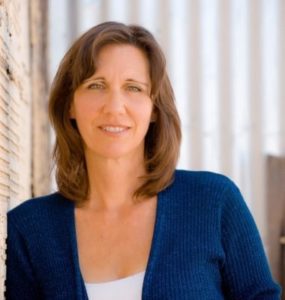