Do you want to write powerfully?  These 4 simple tips will make your writing more powerful and impactful for blogs, articles, books, or speeches.   I have curated these 4 easy tips to eliminate the most common errors, especially for non-American writers, from many years of writing and editing.  These tips are easy to adapt and come from three foundational resources for American writing: The Chicago Manual of Style, Strunk and White’s The Elements of Style, and The Bluebook: A Uniform System of Citation.

These tips prevent readers having to reread a sentence to get your point or missing it altogether.  Let’s see how each tip applies to strengthen your writing.

When speaking, you can physically pause between every item in your list.  You can change your voice at the last item in the list, dropping your pitch and speed for emphasis.  You also can use facial expressions and body gestures to note the counting of items in the list.  All of these cues are lost in written communication, which makes accurate punctuation – and the use of serial commas – all the more important.  That last comma before the conjunction gives your readers the slight mental pause to indicate that they are coming to the end of your list.  Their mind will create the emphasis, rhythm, and pause they hear in their head, which gives your writing greater impact and lands on your readers with greater accuracy.

Thus, you will always want one less comma than items in your list, keeping the last comma before the conjunction:

“Speaking of serial, the suspects included Manson, Zodiac, and Jack the Ripper.”

The Active Voice has a clear subject that is doing the action of the sentence.  It is the most direct (and, therefore, most American) way to communicate.  We Americans don’t like to dance around words or concepts.

“She calls the shots.”

Very direct. Very American.  This is the Active Voice.   “She” is the subject and she is calling the shots.

The Passive Voice buries the subject within the sentence, softening the message, sometimes only implying the subject.  When a sentence refers to the action as being “by” someone or something, that writer has used the Passive Voice.

“The shots are called by her.”

The sentence structures of “be done by” and “was done by” lack the punch of the more direct “Shake” and “Did.”  Even when the word “you” is not written in the imperative “Shake It Off,” there is no doubt Taylor Swift is telling You what do to, in the most powerful of ways.  In fact, most American pop song titles are imperatives; we Americans seem to enjoy giving orders, and such a culture will not absorb your point effectively unless you use the Active Voice.

How to Fix Passive Voice to Active Voice.

When proofreading, ask two questions to correct the Passive Voice.

The Active Voice wants that actor to be the subject of the sentence.  Thus, when you proofread your blog post and find,

“Our Table Topics Session was informative and run by Sydney,”

The sentence is shorter, more direct, and more impactful.  Your readers will more easily absorb and retain your message, especially your American readers.

Subjects and verbs should match in number.  The most common error is to use a verb in the plural form when the subject is singular, usually because of a plural noun stuck in between the subject and verb.

“The chicken, as well as the velociraptors, crosses the road.”

“The herd of velociraptors crosses the road to eat the chicken.”

Well, it is a tough day for the chicken, and tough for some writers to determine the subject of this sentence.  When writing quickly, some will conjugate the verb “to cross” with the noun closest to it (velociraptors) and thus make the verb in the plural form (cross).  However, the subject is “herd,” which is singular.  The prepositional phrase, “of velociraptors” simply describes the type of herd. It can be a herd of elephants, a herd of rock bands, or a herd of day traders, it is the herd that is going to cross the road to eat the chicken.  Thus, the conjugation of the verb “to cross” is in the singular form: “crosses.”

When your verbs “agree” with your subjects, your readers get your point at the first read and clearly understand who is doing what in your sentences, improving your impact.

When a quotation closes a sentence, the quotation marks encompass (go outside of) the period, exclamation point, or question mark.  Putting such punctuation outside the quotation marks is foreign to American readers, who can sometimes lose your message while focusing on your form.

He asked his mother, “What do you think?”

That’s the rule.  It’s simple!  Keep quotation marks on the outside.  Using this standard form for American English lets your American readers better absorb your content without distraction.

These 4 tips will create clearer and more impactful messaging, making your writing easier for your readers to absorb and retain.  Do you have questions?  I love to hear from my readers and am happy to respond to queries.  Happy writing!

Megan Mayer, DTM, is a retired attorney, entrepreneur, and author of published works on economics and law.  She has written for and edited multiple newsletters, blogs, and law journals.  Megan is a pitch and interview consultant, training individuals and teams for effective networking and communication.  She is Chair at Network for Impact and President of Carmel Improv Toastmasters.  You may reach Megan at: chair@network4impact.net. 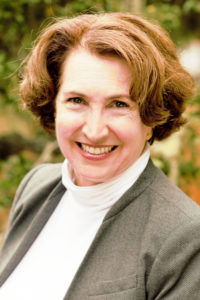